Moniek Toebosch’s website offers the visitor a preview of the oeuvre of the artist, who with her passing in 2012 left behind a rich legacy in the world of drama and theatre. The site shows a set of short films from the piece Welcome, the World Explained (2000–2001), which she developed for her retrospective exhibition at Marres – Center for Contemporary Culture, Maastricht.

In these videos, Toebosch elaborates extensively on pieces of her own work and includes detailed descriptions of her intentions, actions and situations. This work became a full-length portrait of the artist, in which she sits behind a table, replaces the image by language, and performs in word and gesture.

Upon entering the website, the visitor finds him or herself vis-à-vis to the artist. So close and intimate, he or she can almost feel her breath. With its minimal and intuitive navigation layout, the site creates an inviting and tranquil space for contemplation that invites Moniek’s audience to imagine and experience her projects, rather than simply see them. 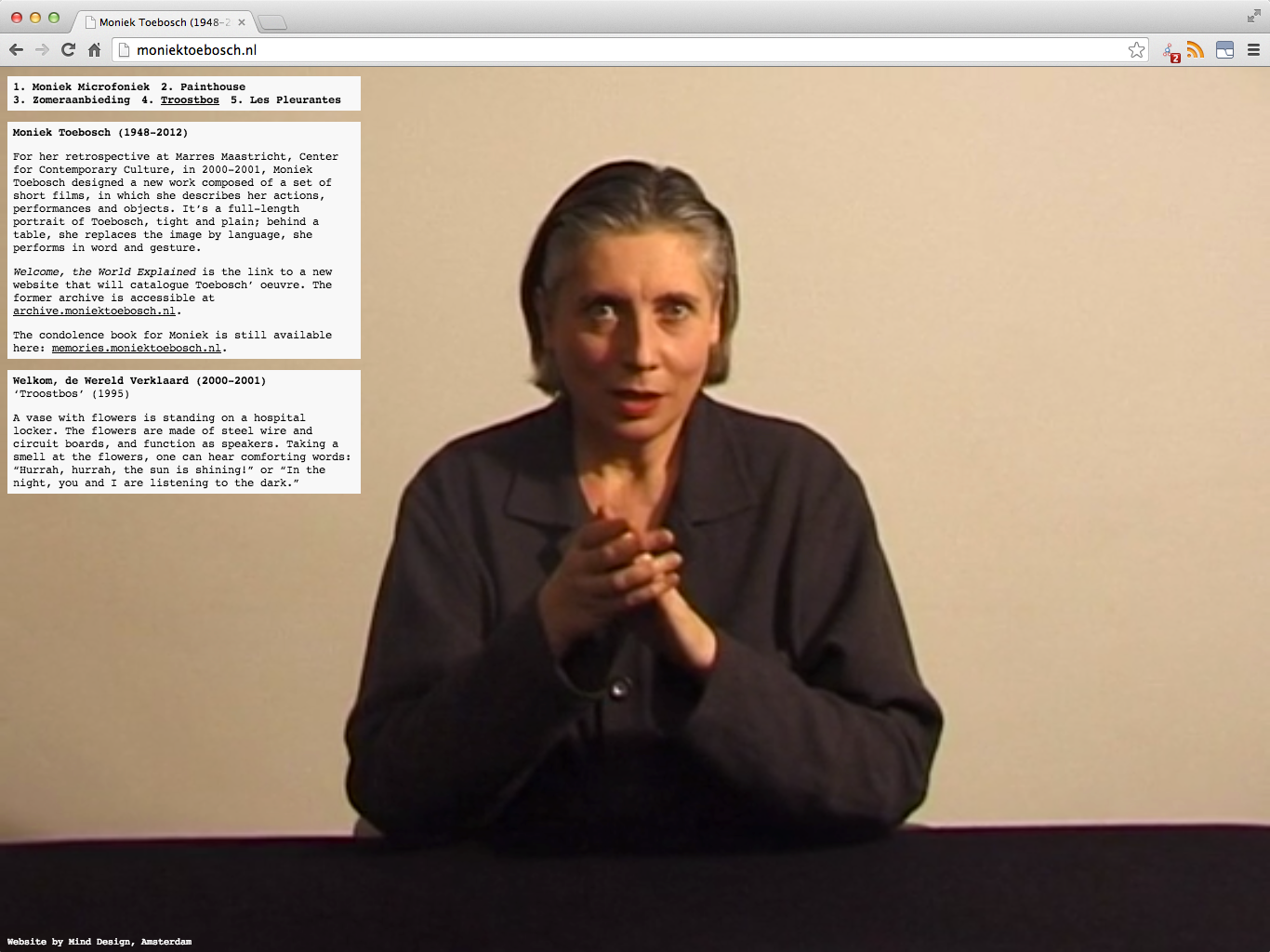 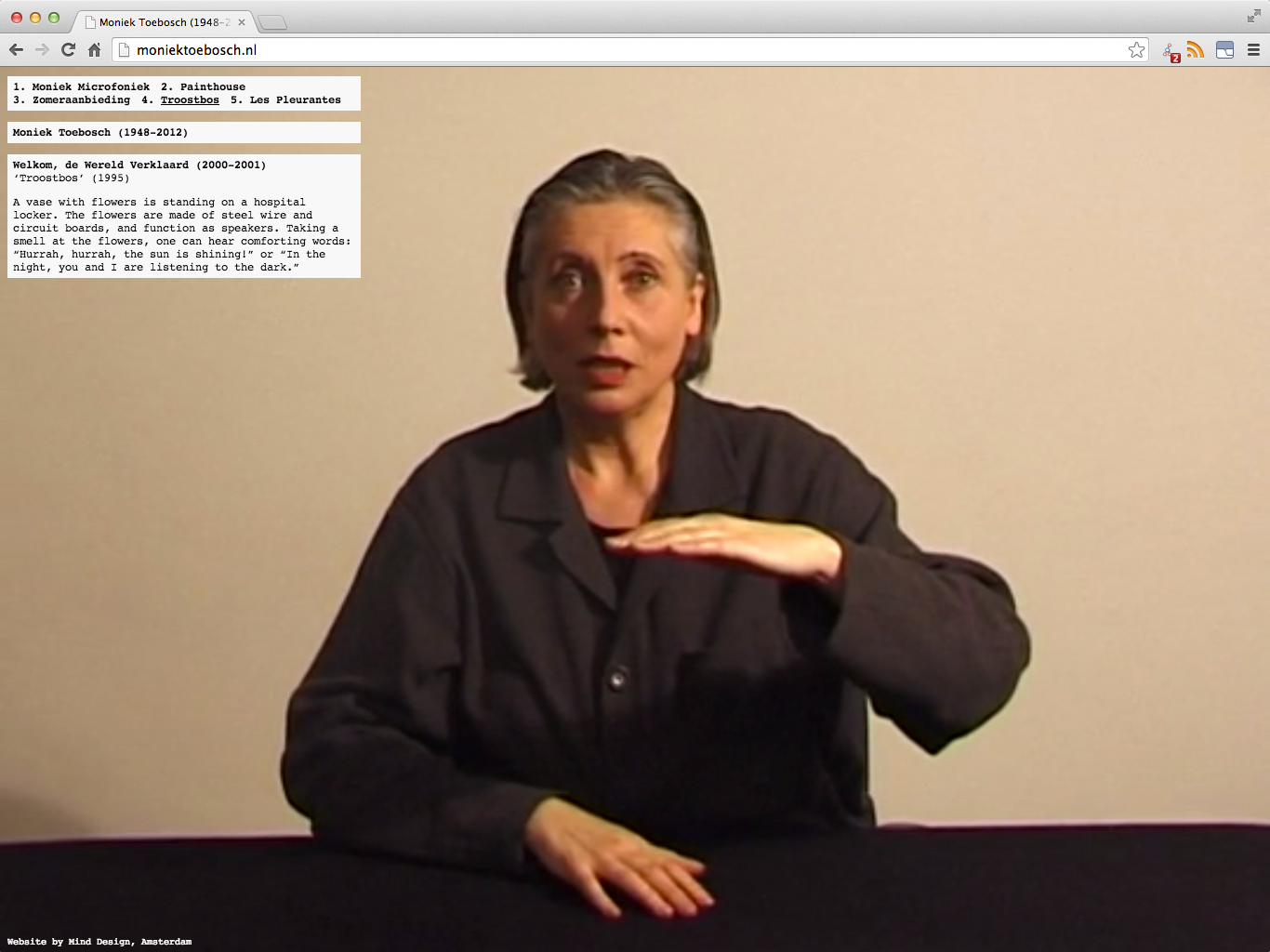 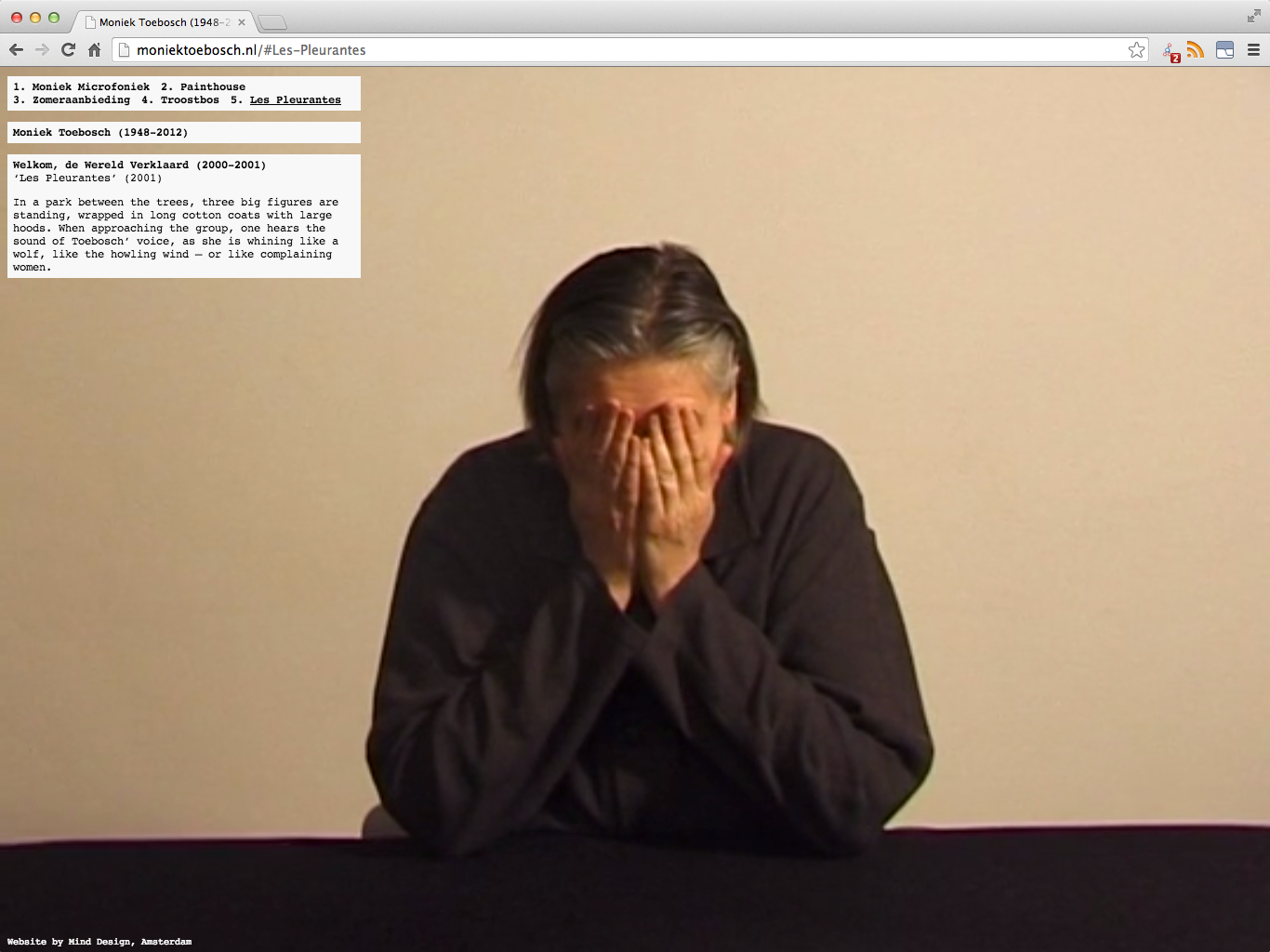 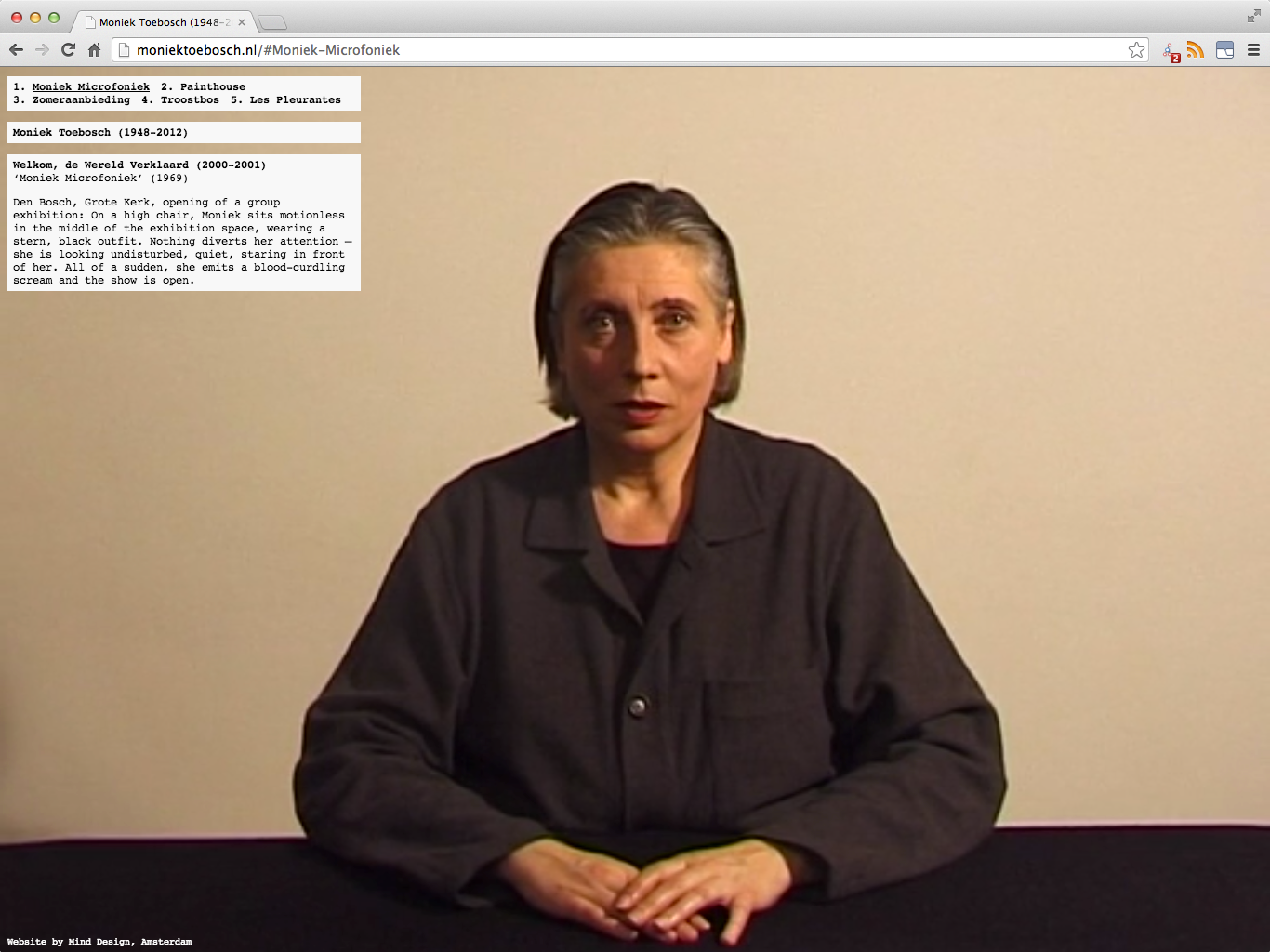 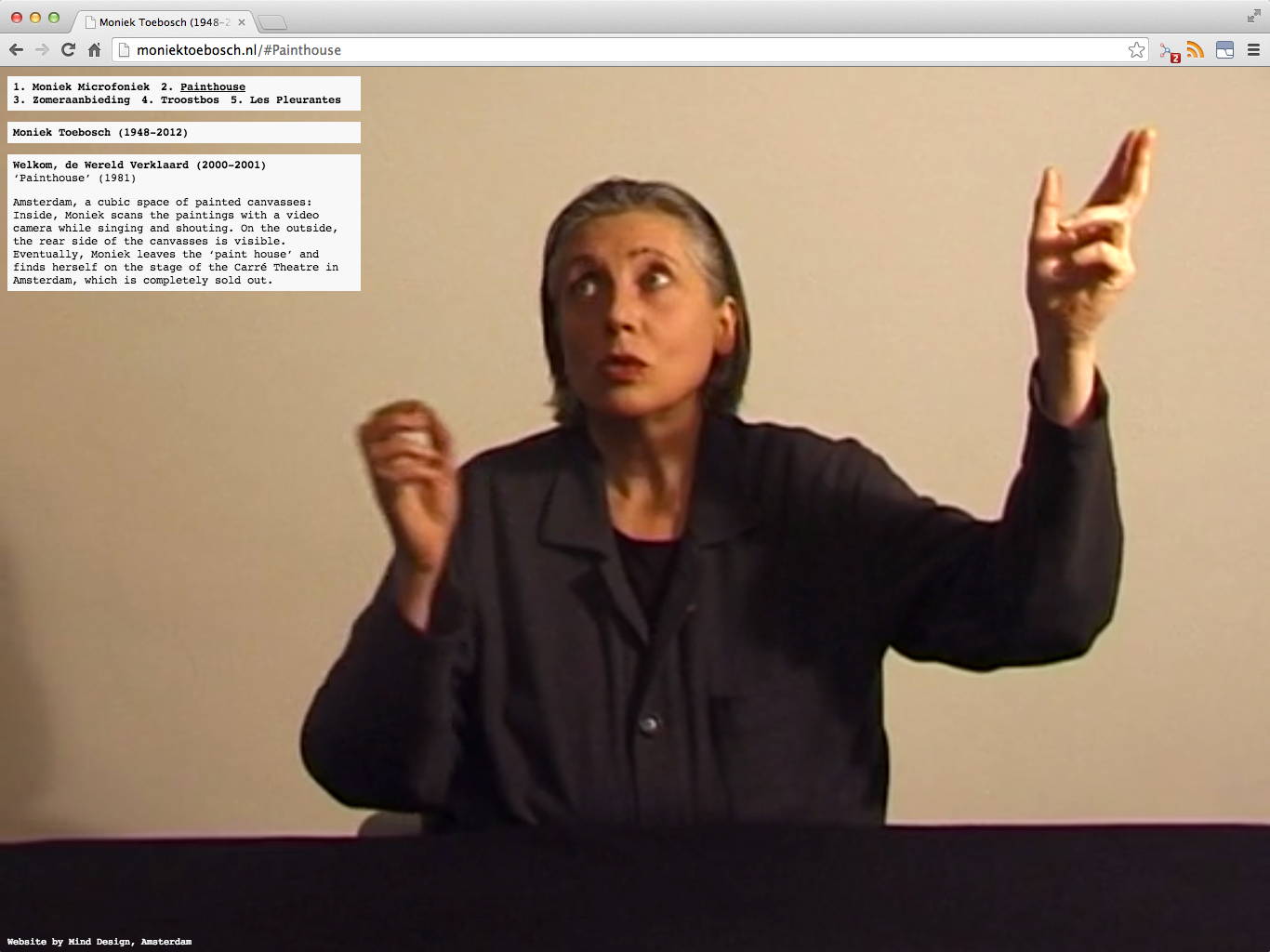 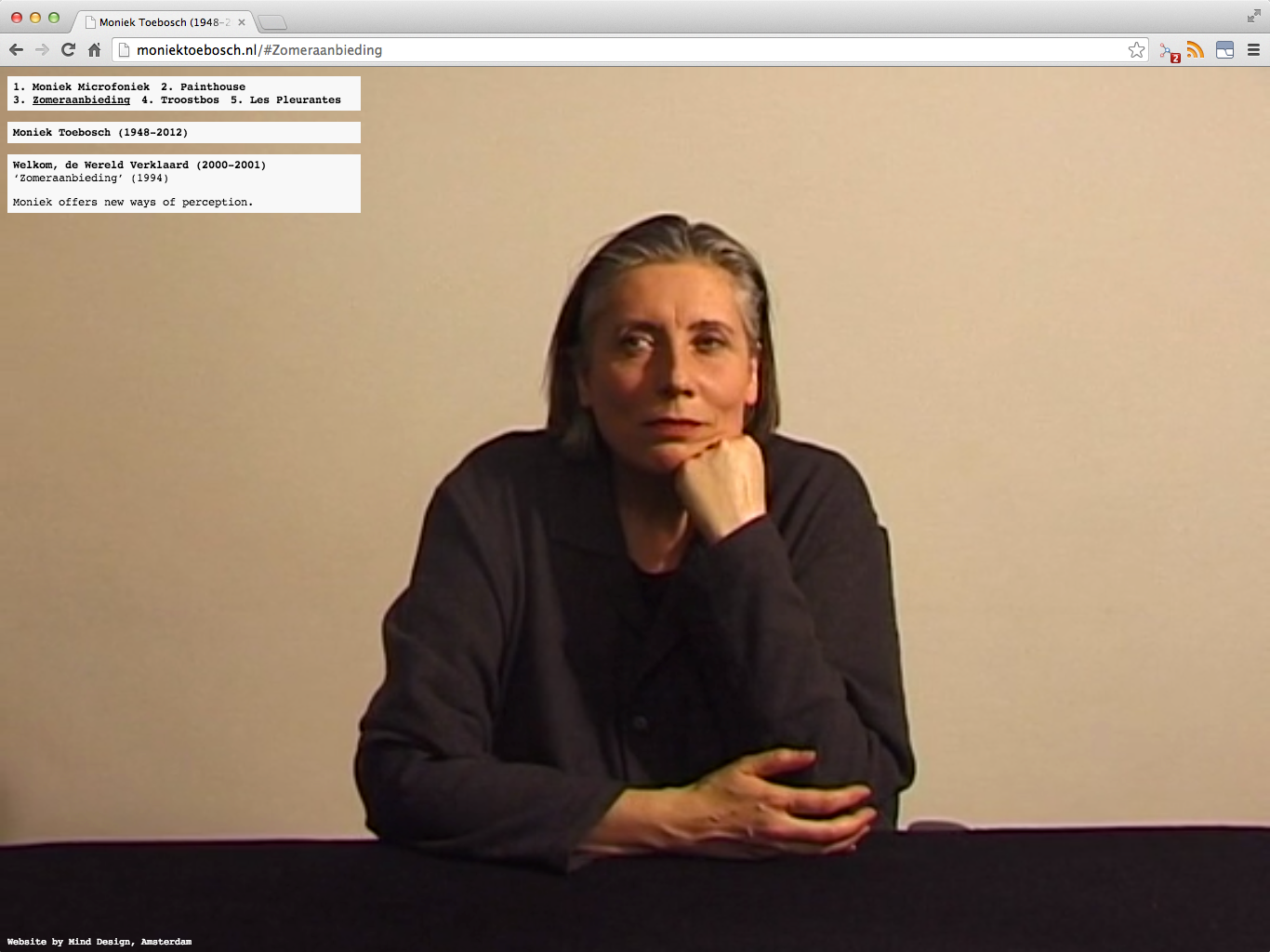