The short film White Blackout relates to this architectural transformation from white cube to black box and – while the intensity of the natural afternoon light decreases – reveals its underlying computer calculation processes and translates their numerical patterns into a virtual sunrise.

Based on a color spectrum of 256 levels of gray, every pixel of an image has a brightness value ranging from 0 to 255, with white being defined as 255 and black equaling 0. Although White Blackout is in fact only displayed in black and white, the missing grey shades re-emerge as the three-digits number 255 appears actually brighter on the monitor than the one-digit number 0.

White Blackout splits the projector’s light into its digital components, renders artificial light in its original color values and by this refers to the technical equipment of Pleinmuseum as such.

Although originally produced for Pleinmuseum, White Blackout has meanwhile gained an autonomous status. It was selected for the 2007 line-up of The Int’l Fest of Cinema and Technology in Orlando and screened at various festivals such as the Biggest Visual Power Show Essen 2006 and the Amsterdam Film eXperience 2006. 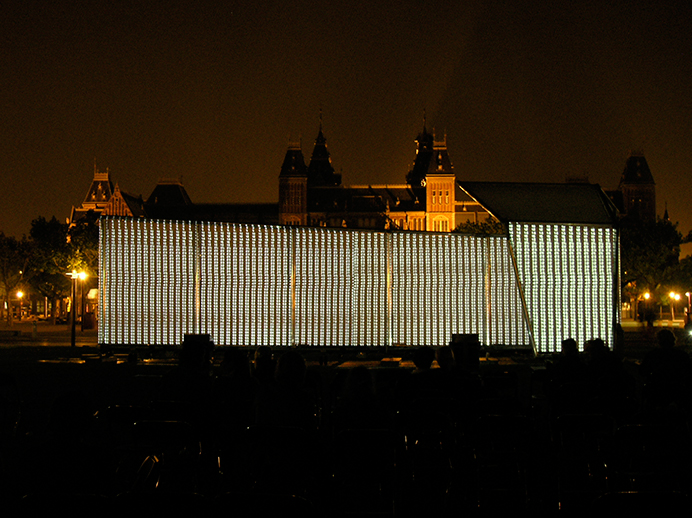 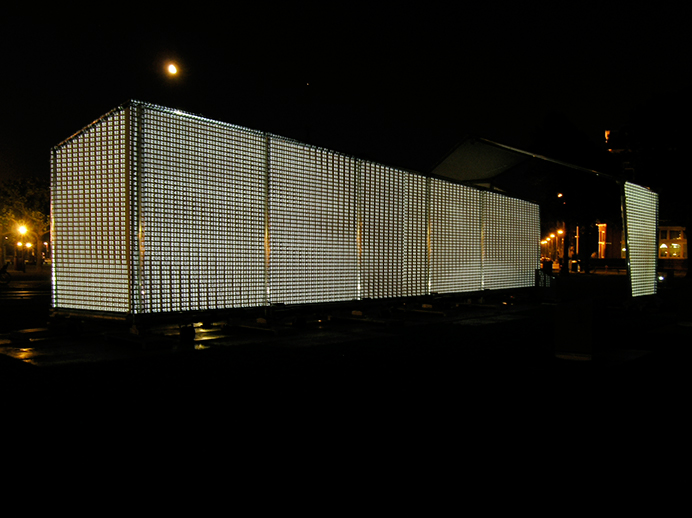 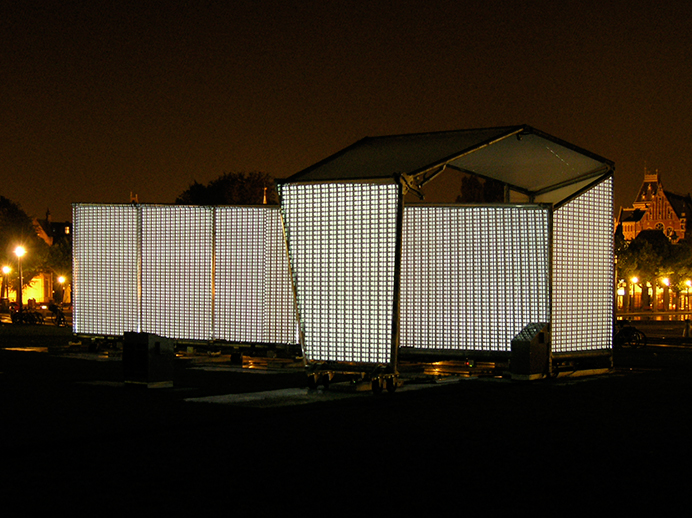 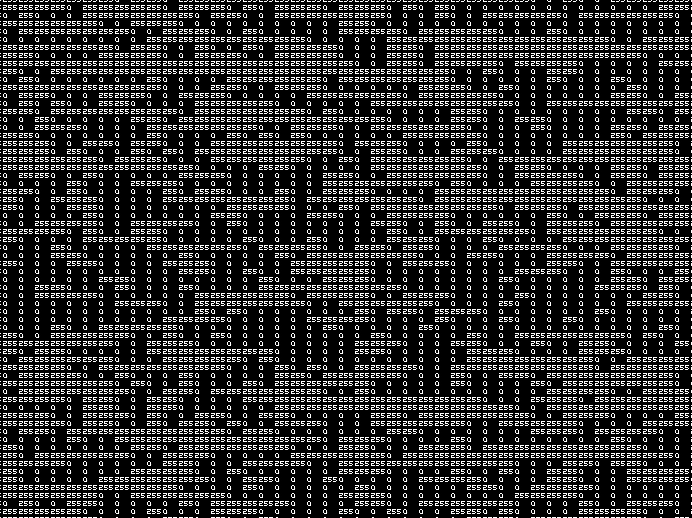 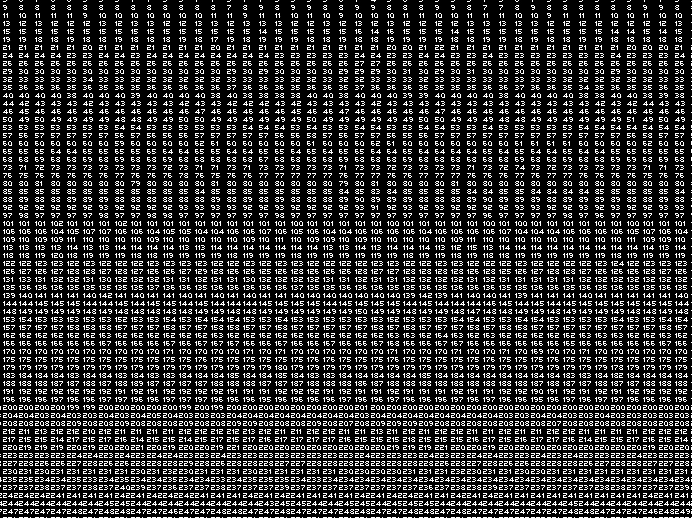 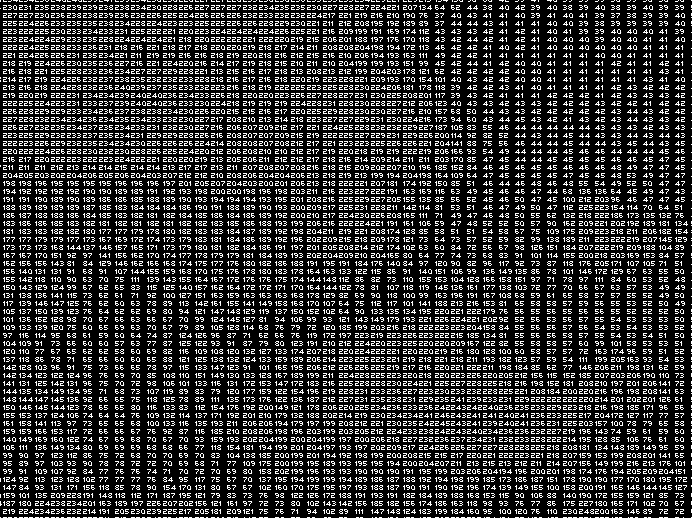 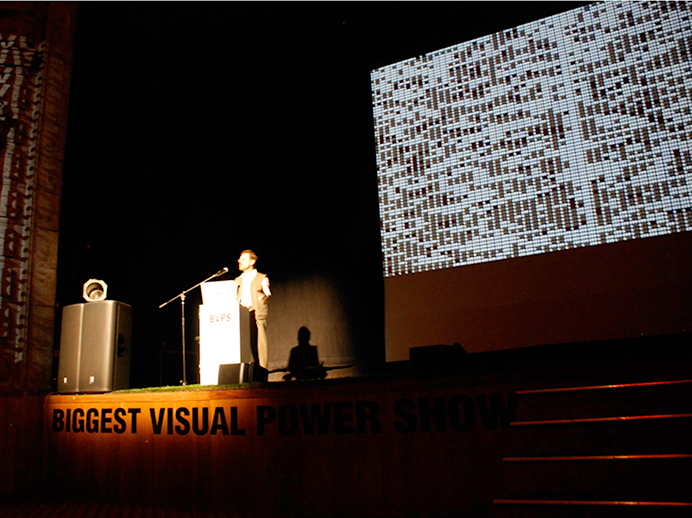 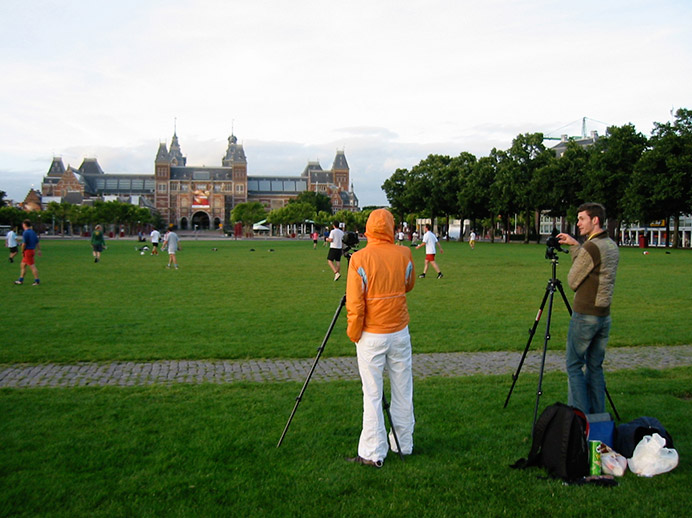 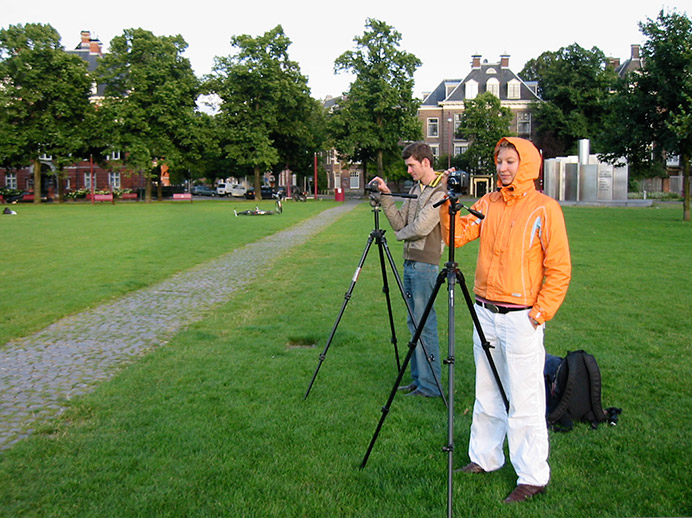 Synchronizing cameras for the panorama view.