On invitation of the Dutch broadcasting corporation VPRO and the new media platform Beamlab, Mind Design developed in cooperation with scriptwriter Mirka Duijn, composer Laura Dilettante and Dustin Kershaw post-productions a proposal of visualizing data for VPRO’s television program Nederland van Boven (Netherlands from Above). It was first presented to a broader public on 30 May 2012 during a special edition of Beamlab at Pakhuis de Zwijger, Amsterdam.

The movie visualizes a data set with the geo-locations of over 31,000 flights recorded in July 2011. It extracts relevant statistics from the given data and presents them in the form of a gradual zoom out, from Schiphol into the outer space.

Contrary to the previous visualizations, this animation tells a story about migration streams and passengers rather than only visualizing the patterns of air traffic. Humans are considered to be the ultimate point of reference. Hence, adding the human factor helps relating to the data and build empathy and understanding.

Read about the project on the Design Observer weblog.

Netherlands from Above on Vimeo. 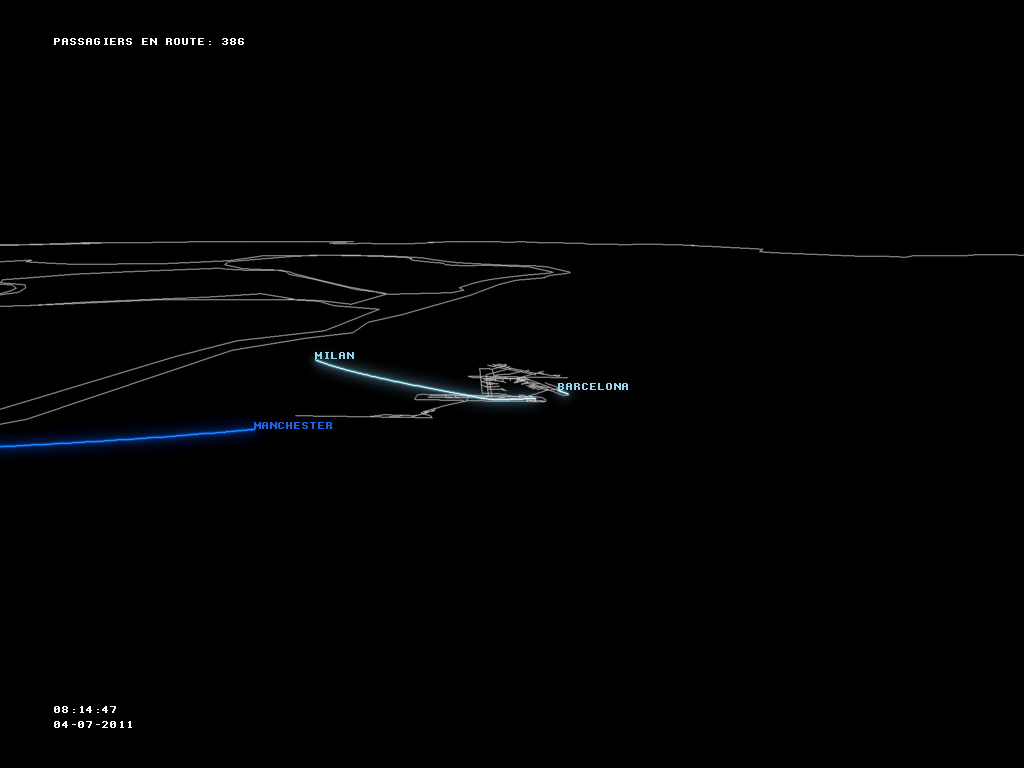 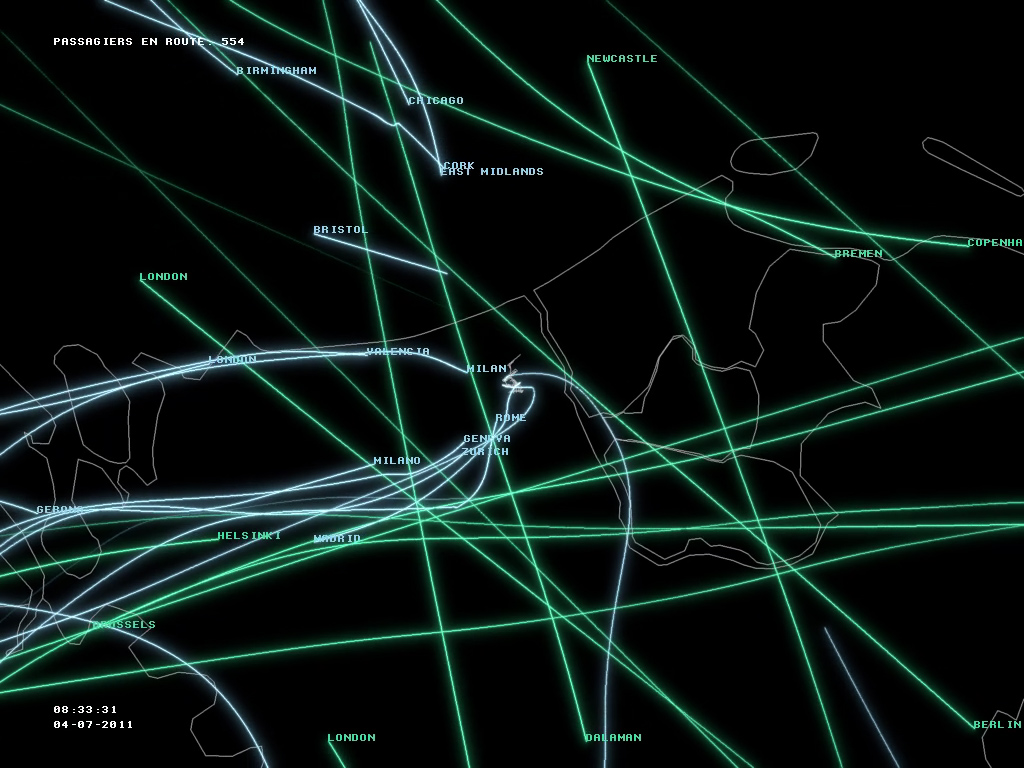 An additional of 25,000 high-altitude flights just passes above the Netherlands. 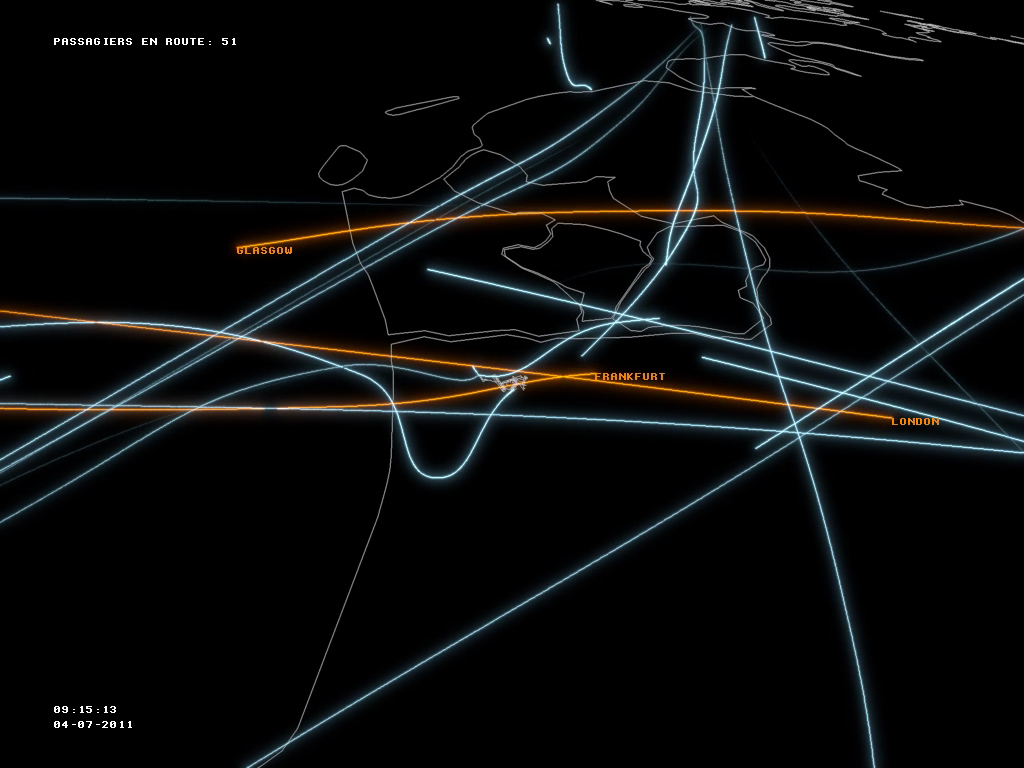 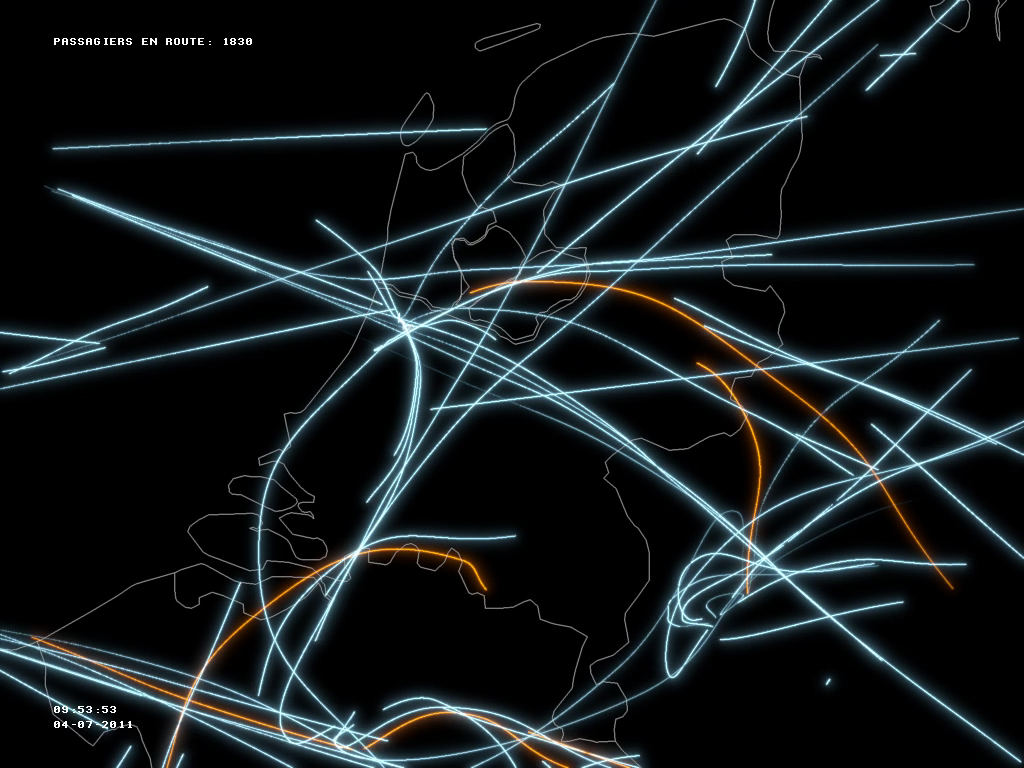 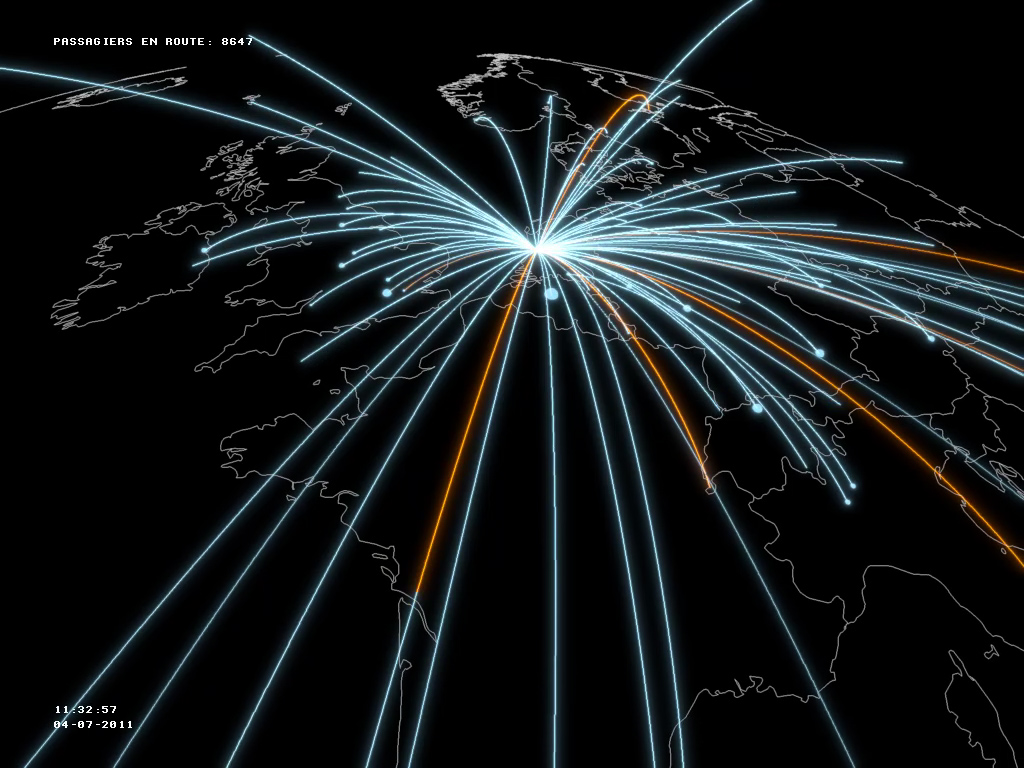 Passengers from Schiphol fly mainly to northern and southern Europe. 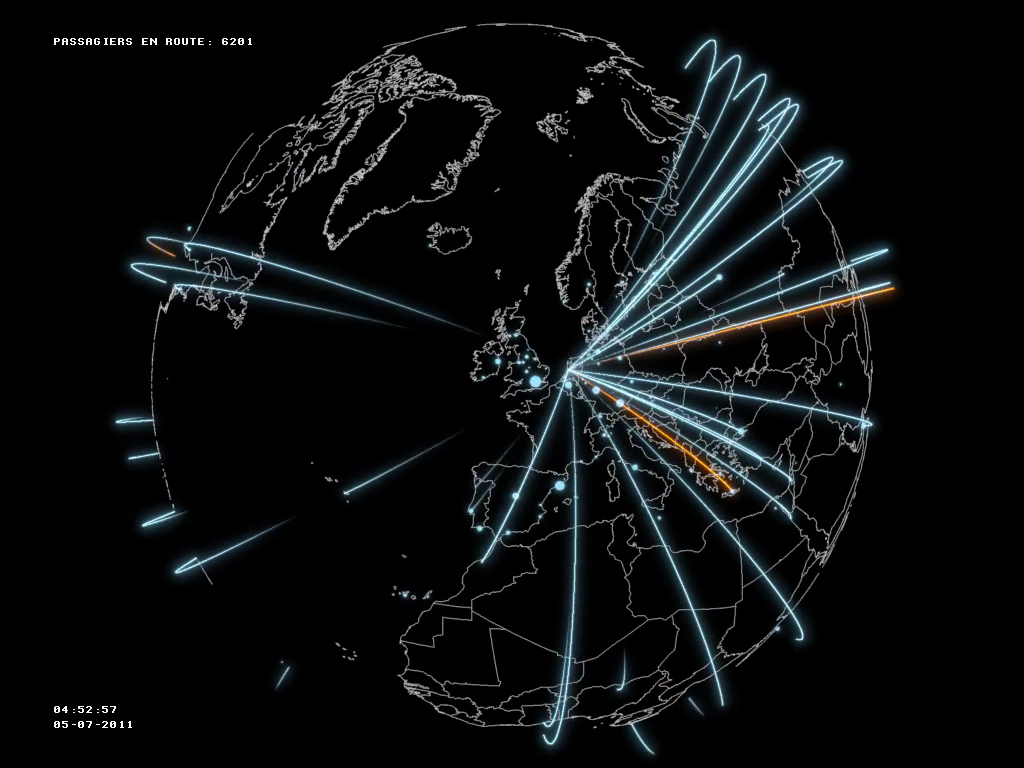 The Netherlands connects to every single continent. 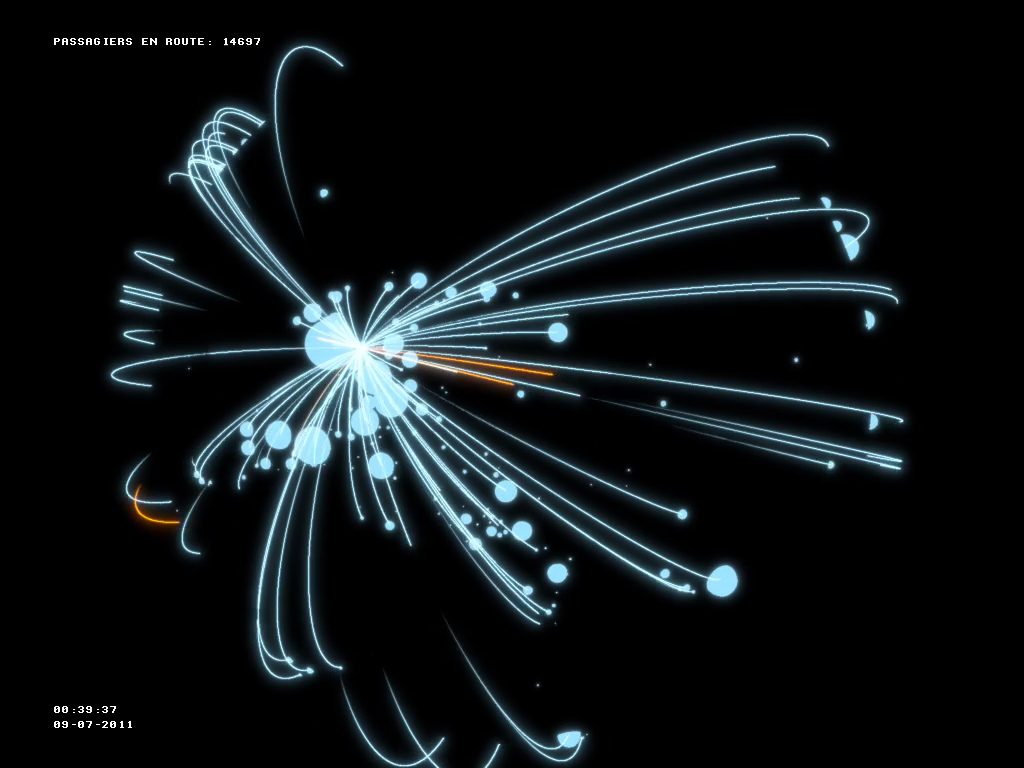