<Anarchiv/> is a real-time database developed by Niels Schrader and Louise Moana Kolff on the occasion of the theatre conference Na(ar) het Theater initiated by the Lectoraat voor Kunstpraktijk en Artistieke Ontwikkeling of the Amsterdamse Hogeschool voor de Kunsten. From 17 until 19 of February 2006 a total amount of 2,421 words were recorded and consequently rendered into multi-coloured diagrams during a final presentation at the Theater Gasthuis, Amsterdam.

The concept of the project is inspired by the idea of deconstructing the modern theatre as developed in Hans-Thies Lehmann’s book Postdramatic Theatre (1999). The Enthierarchisierung der Wörter (deconstructing the hierarchy of words), translates this idea into the spoken word by breaking the linearity of text into fragments. Hereby allowing for archiving, analyzing and visualizing the current theatre language.

<Anarchiv/> works as follows: While the speaker talks important words are selected and entered into the growing database. Information such as name of speaker, language or tense (of the sentence) is added manually. Other attributes such as time of recording, text length or first letter is automatically generated by the program in order to structure and make the data operational. A beamer is connected to the computer, beaming the keywords being entered live during the conference. Participants can see the current keyword with its corresponding attributes, as well as a chronology of recent words spoken, and a dynamic visualization of the recorded XML database.

After the conference a program scans the database and generates statistics on the keywords. The statistics are visualized according to different attributes into colourful dynamic barcode diagrams, simultaneously animating changes during data output. The visuals can later serve as reference points or inspiration for further analysis and reflection. 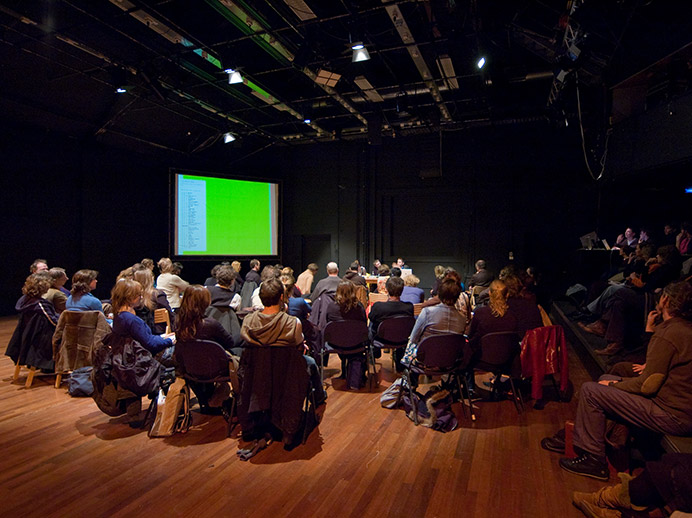 Presentation of the <Anarchiv/> color diagrams during the closing debate at Theater Gasthuis. – All photos by Tom Moerel 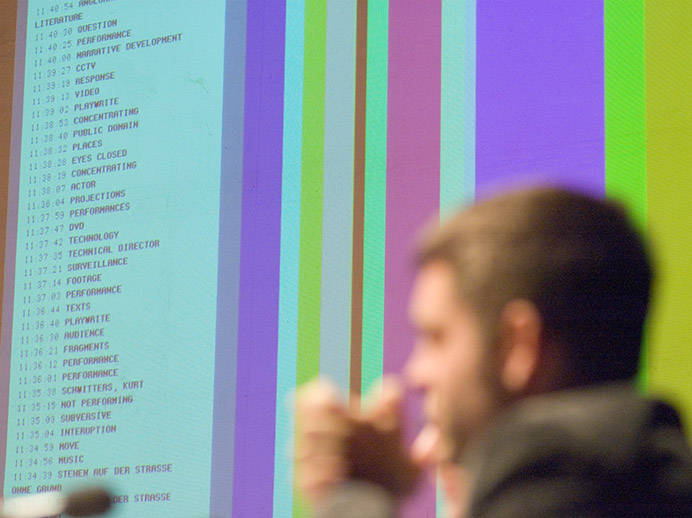 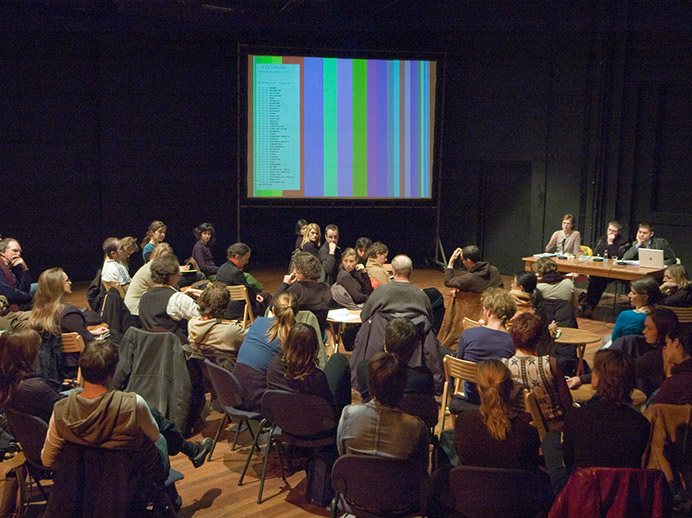 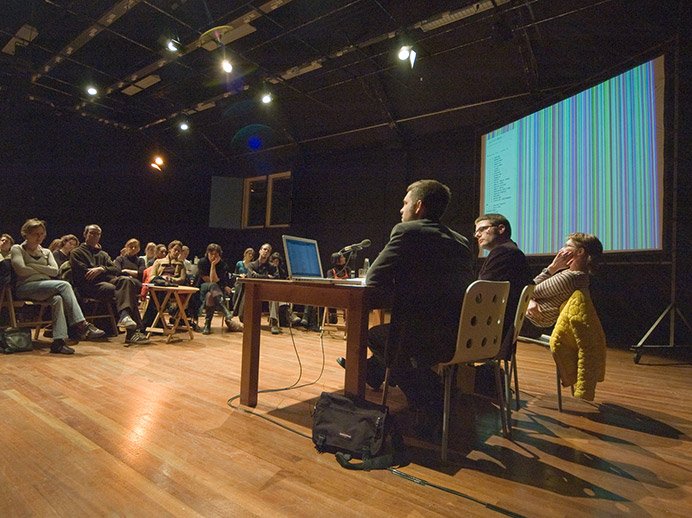 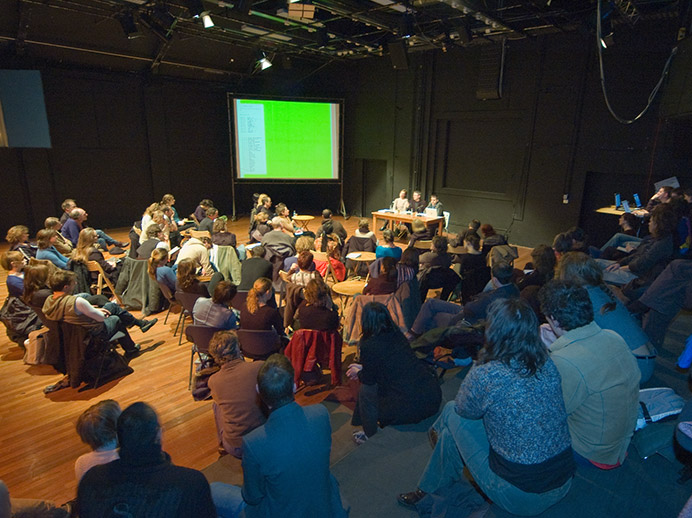 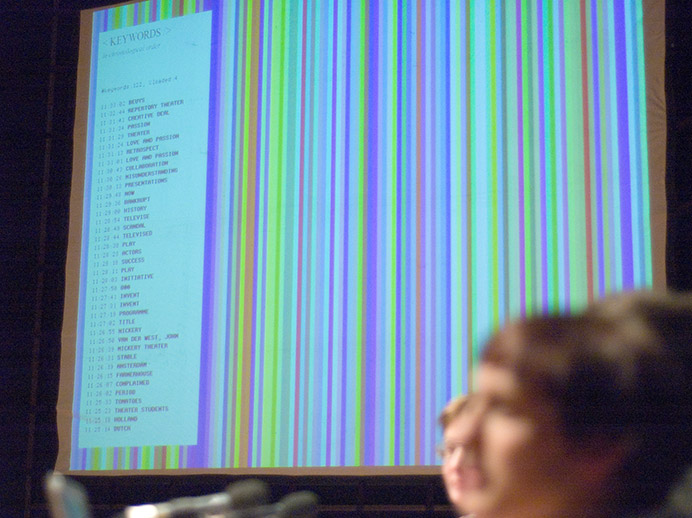 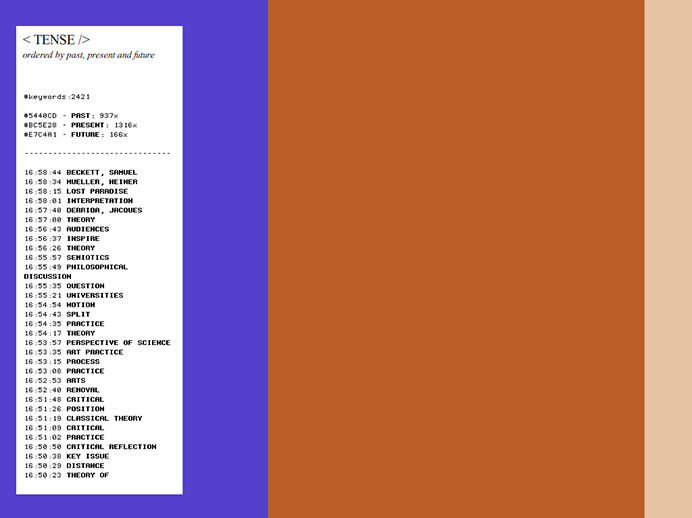 Screenshot depicting the usage of tense. Surprisingly, the majority of the keywords is used in the context of past and present. 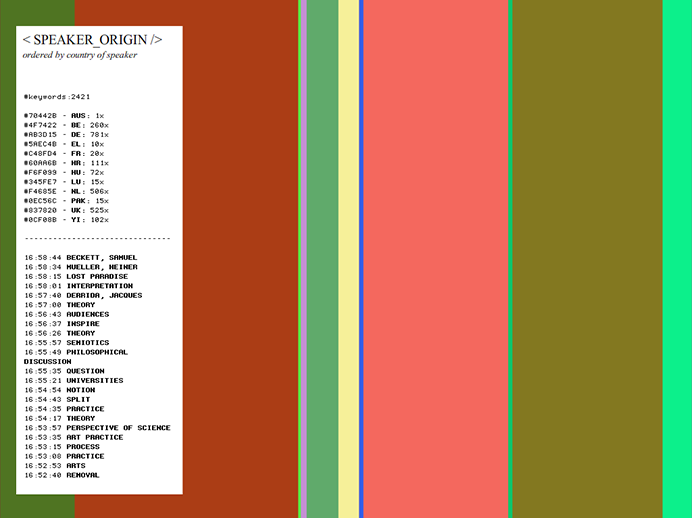 Screenshot depicting the speaker’s origin. Most of the words are spoken by German and British participants. 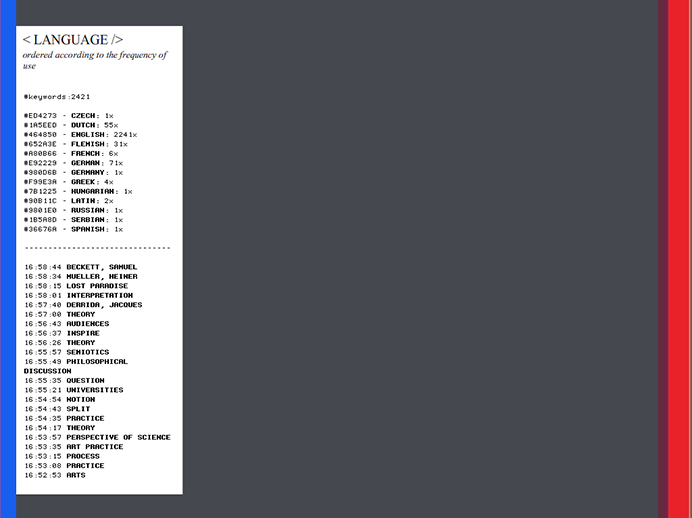 Screenshot depicting the different languages in use. No doubt, English is the most influential language. 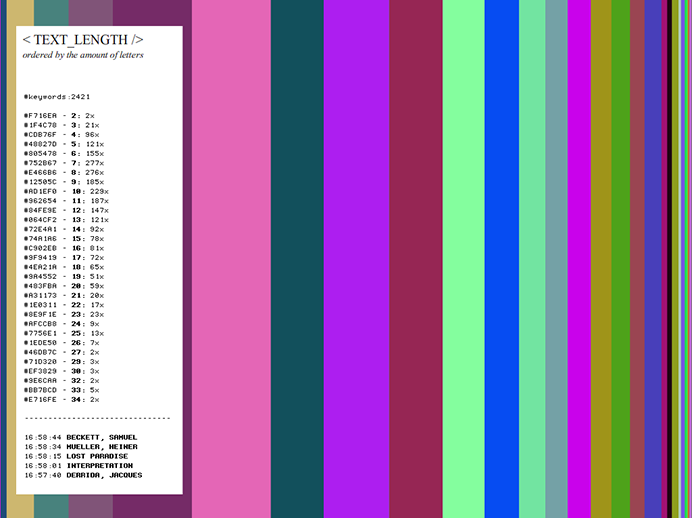 Screenshot depicting the length of keywords. Clearly, seven or eight letter words are the most common. 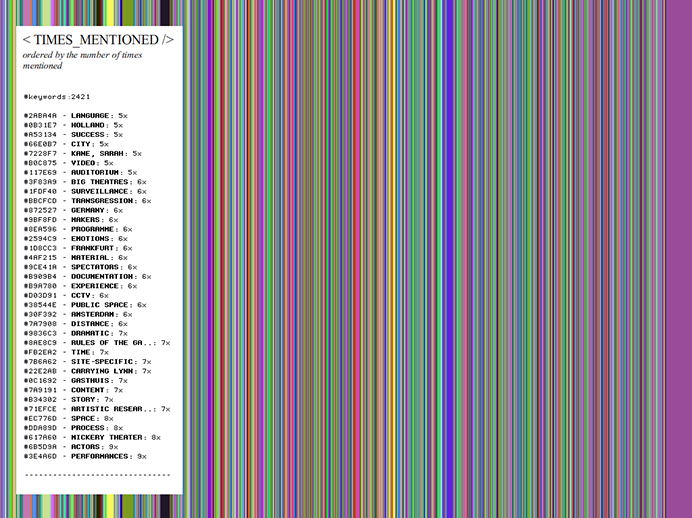 Screenshot depicting the number of times a word is mentioned. Overall winners are performances and actors. 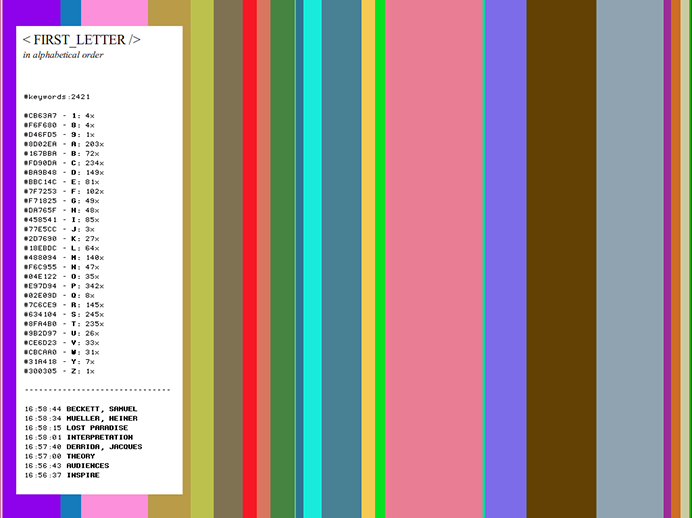 Screenshot depicting the first letter. Relevant only for archiving. 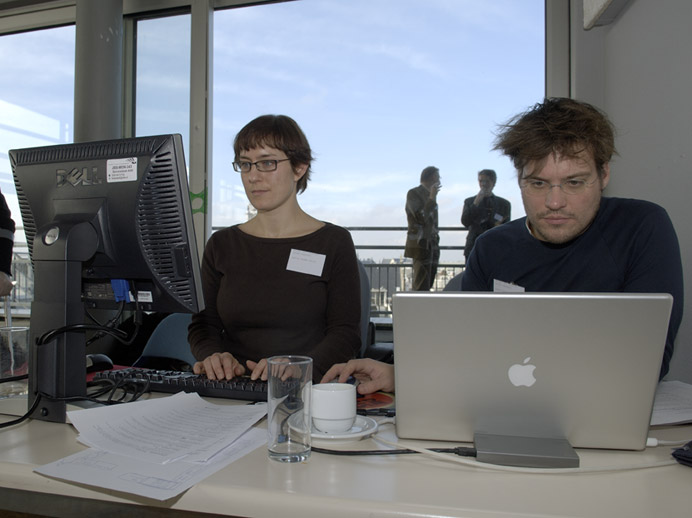